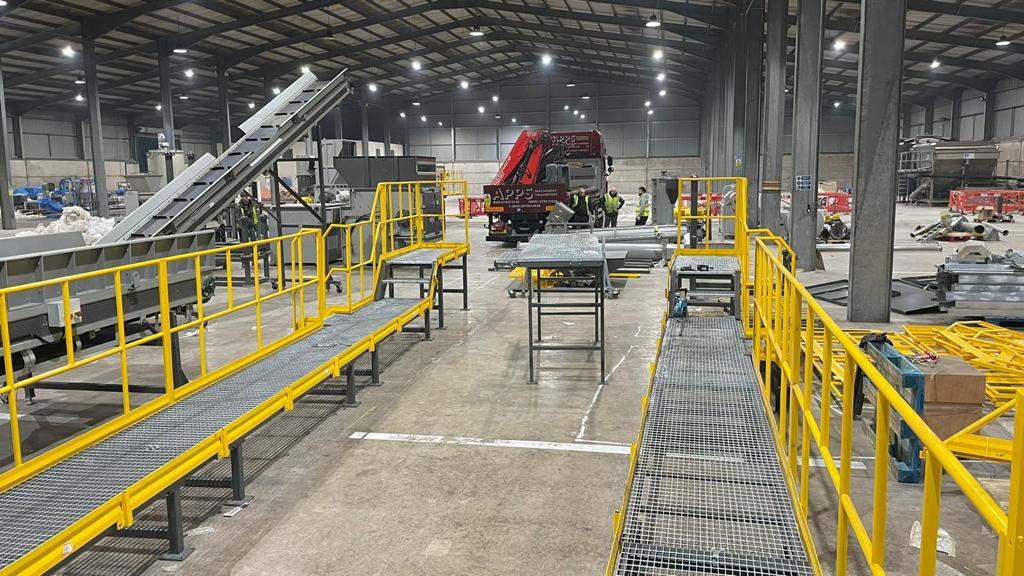 Yes Recycling Fife are working with Fife council and Cireco Scotland as they change the way recycling services are managed.

Yes Recycling Fife will be the first plant of its kind to receive hard to recycle plastics from this new way of sourcing material, and making a sustainable change within households for the environment.

Cireco will collect film at the kerbside from March 2022 after receiving a £470,000 grant from Zero Waste Scotland’s Recycling Improvement Fund to install a sorter.

The money will go towards a Tomra Optical Sorter, which will be installed at the council’s materials recycling facility (MRF) in Dunfermline. The sorter will be installed at the council’s MRF in Dunfermline.

This will segregate the flexible plastics which residents place in their green recycling bins from plastics and cans.

The project will be delivered by the council’s arm’s length external organisation, Cireco, which also carries out waste collections for the council.

Cllr Ross Vettraino, Fife’s convener for environment and protective services, said: “Currently, plastic film is a contaminant, as it cannot be recycled, and must be removed and sent to landfill, thereby incurring additional cost by way of separation, haulage, disposal and landfill tax.”

Cllr Vettraino added: “From March next year, however, plastic film can be deposited in the green bins and will be collected at the kerbside and reprocessed at the Council’s recycling facility in Dunfermline.

“Not only will this be a financial saving and a huge boost to recycling in Fife, it will be another positive step towards a circular economy.”

The council estimates that film makes up around 20% of current recycling waste collected.

By separating the material, Fife added, a higher percentage of other plastic and cans would also be recycled as contamination would be greatly reduced.

Fife council has a four-bin system for recycling and general waste, with film able to be placed in the green bin next year

The Scottish Government’s Recycling Improvement Fund invites applications from all local authorities in Scotland to submit projects to improve services and treatment infrastructure.

The fund aims to help communities move to a more circular economy, where materials and products are kept in use for as long as possible, and where new economic opportunities and social benefits flourish, as we move away from short-term, wasteful, throwaway approaches.

It also encourages partnership project proposals from local authorities with the private and third sectors.